New Movements in Pop Culture and the Internet.
Experience the New Asia through Music.

This live music event showcased the diverse pop culture of Asia with guest artists from Japan, the Philippines, and the United States. The event also included a talk introducing each region’s music scene and community as well as their relationship with netlabels.

Changes to the way music is created, distributed and appreciated, such as online streaming services like YouTube and SoundCloud, have ushered in an entirely new music scene. This forms part of a broad movement of communities and international networks that bypass the conventions of the commercial music industry and intersect freely with fashion, business, and events . This talk event invites speakers from Japan, the Philippines, and the United States to introduce the music scene and netlabels (online music labels) in their respective regions, and discuss how contemporary culture is being shaped by the proliferation of online tools and platforms. How do all these divergent cultures influence each other? How will they evolve from now? By decoding the impact of various aspects of pop culture across Asia, the talk showcases contemporary culture in the region that has been brought to the fore by our shared foundations of pop culture and the Internet.

Launching the online record label Maltine Records in 2005 when he was just 15 years old, tomad has 150 releases to his name. Maltine Records has been featured widely in the press, including The Japan Times and MTV81, and has established a leading presence in the new dance and pop music scene in Tokyo. The label has recently held events in China and New York, and released songs by many overseas artists. To mark its 10th anniversary in 2015, the label published Maltine Book, which documents its activities over the decade. Today, tomad continues to work widely, collaborating with apparel brands and music idols as well as contributing to music remixes.
http://maltinerecords.cs8.biz 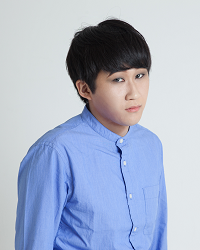 Moon Mask incorporates influences from East Asian pop culture to create his own unique cross-cultural sound. Matching delicate electronic music with lyrics in English, Cantonese, Korean, Tagalog and Japanese, Moon Mask has developed innovative and dreamy soundscapes set to break both sonic & linguistic barriers. Formerly as Ulzzang Pistol, he released two albums (Waste, Girlfriend) and is now preparing his first EP as Moon Mask. His music videos mix animation and live action to conjure up an original vision reflecting the stories and languages in his songs. Collaborating with a wide range of other online artists across various genres and regions, he continues to develop his vision across the world.
http://zoom-lens.org/moonmask.html 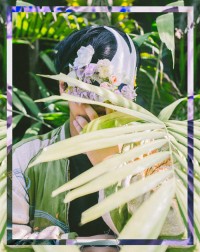 Based in Los Angeles, Meishi Smile is an American music artist of mixed Chinese and Japanese heritage. Under the name Meishi Smile, they have released electronic music since 2010. Influenced by both Japanese pop music and experimental music, their wide-ranging sound encompasses everything from at times abrasive noise music to emotional pop. As the head of Zoom Lens, a record label with many experimental American and Asian artists on its roster, they travel the global uncovering new talent. They are also involved with events supporting Japanese pop culture and music. They made their debut in Japan with their second album, …Belong, in 2015.
http://meishismile.com/
http://zoom-lens.org/ 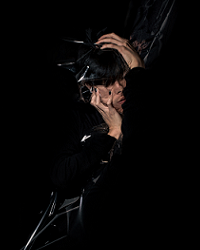 Tofubeats has been working with online platforms since his student days, remixing and producing a wide range of tracks. He released a self-produced album, lost decade, in April 2013, before making his professional debut that autumn with Warner Music Japan. He has produced tracks with many guest performers, and released two further albums (First Album, POSITIVE). As a producer and remixer, he has worked with the likes of SMAP, Ken Hirai, Crystal Kay, and Yuzu. He is also a prolific producer of background music and TV commercial music, and also writes magazine columns.
https://tofubeats.persona.co/ 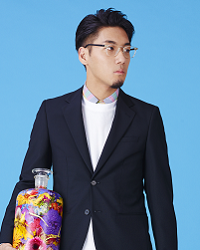